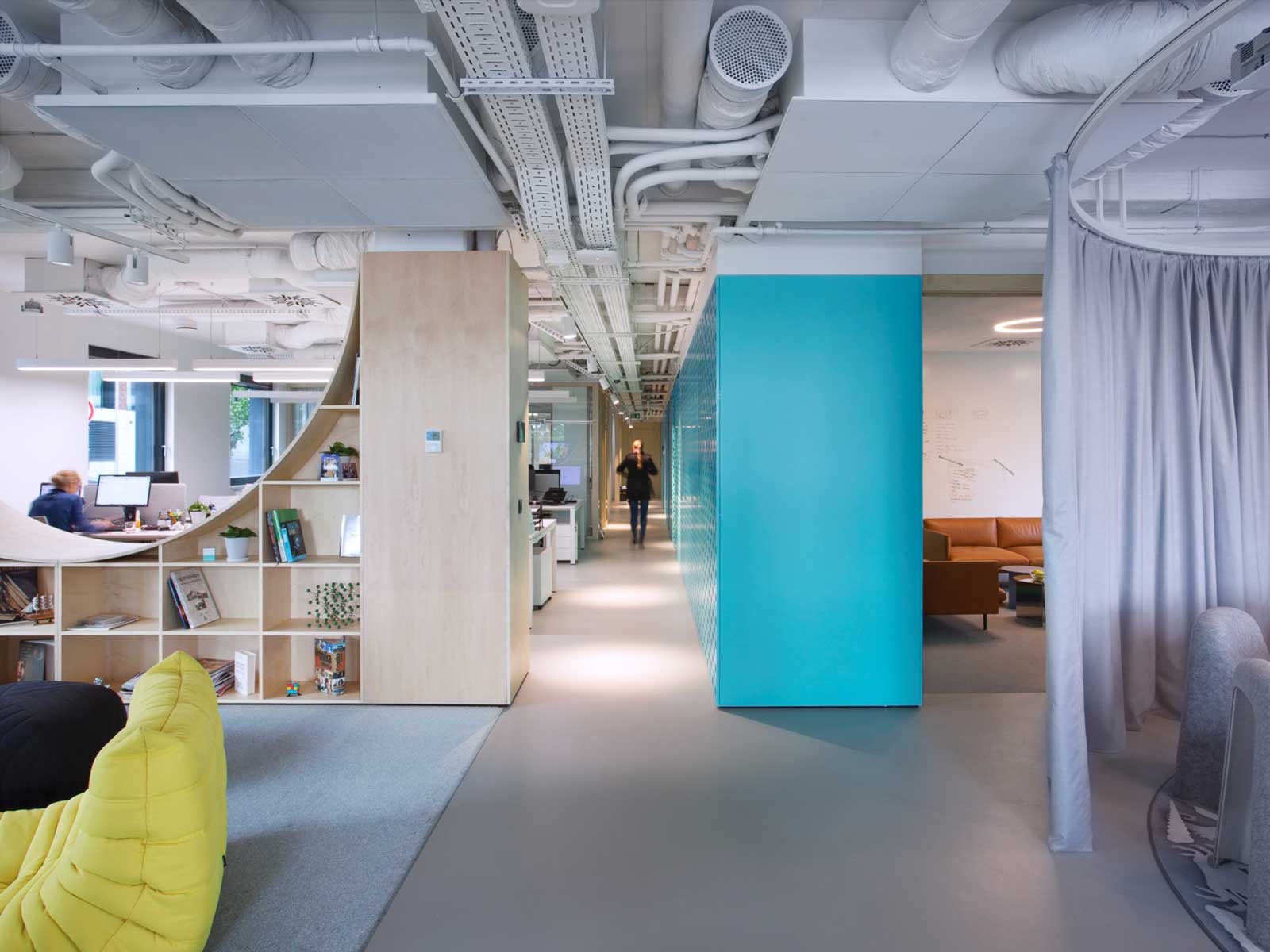 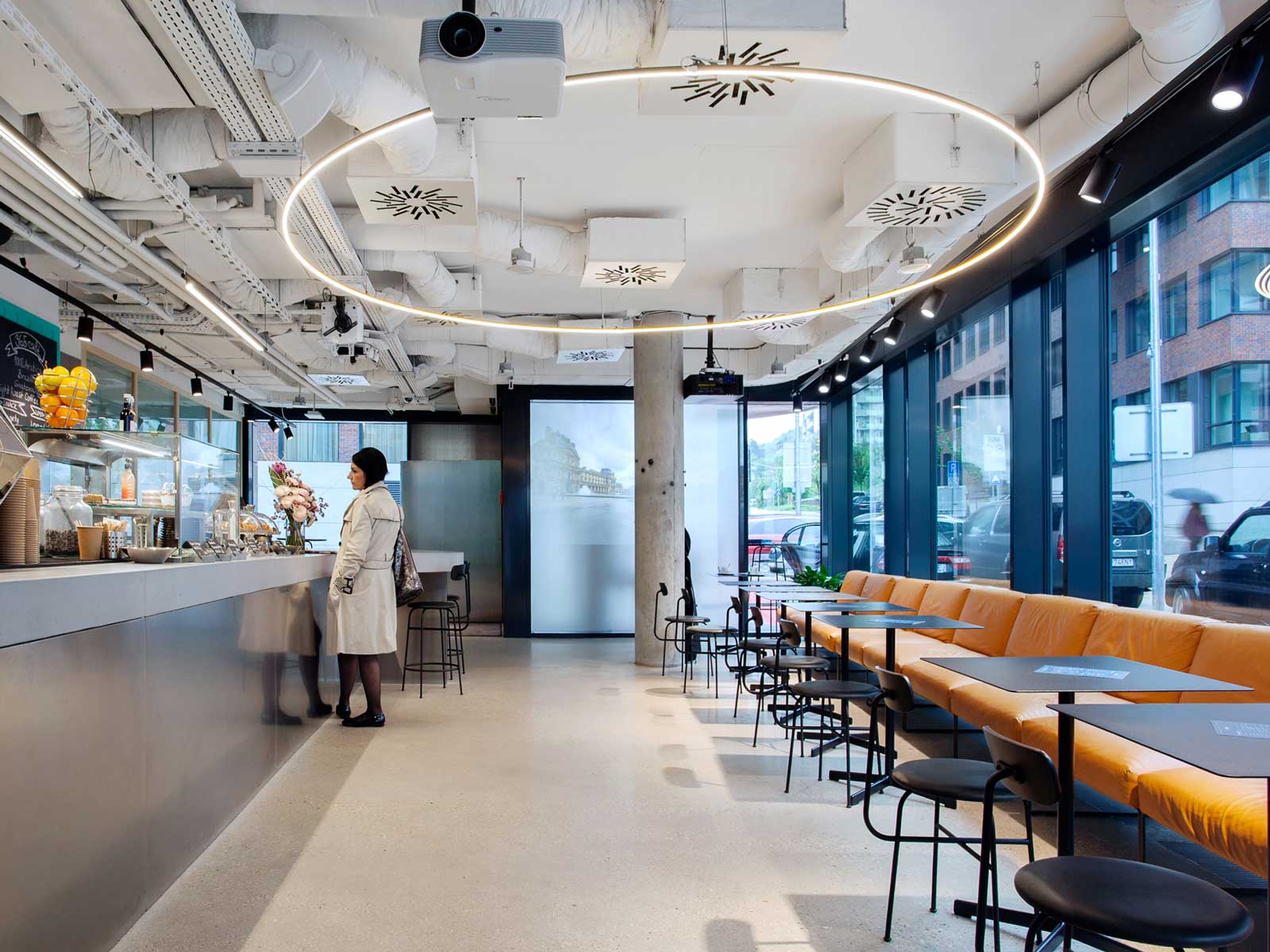 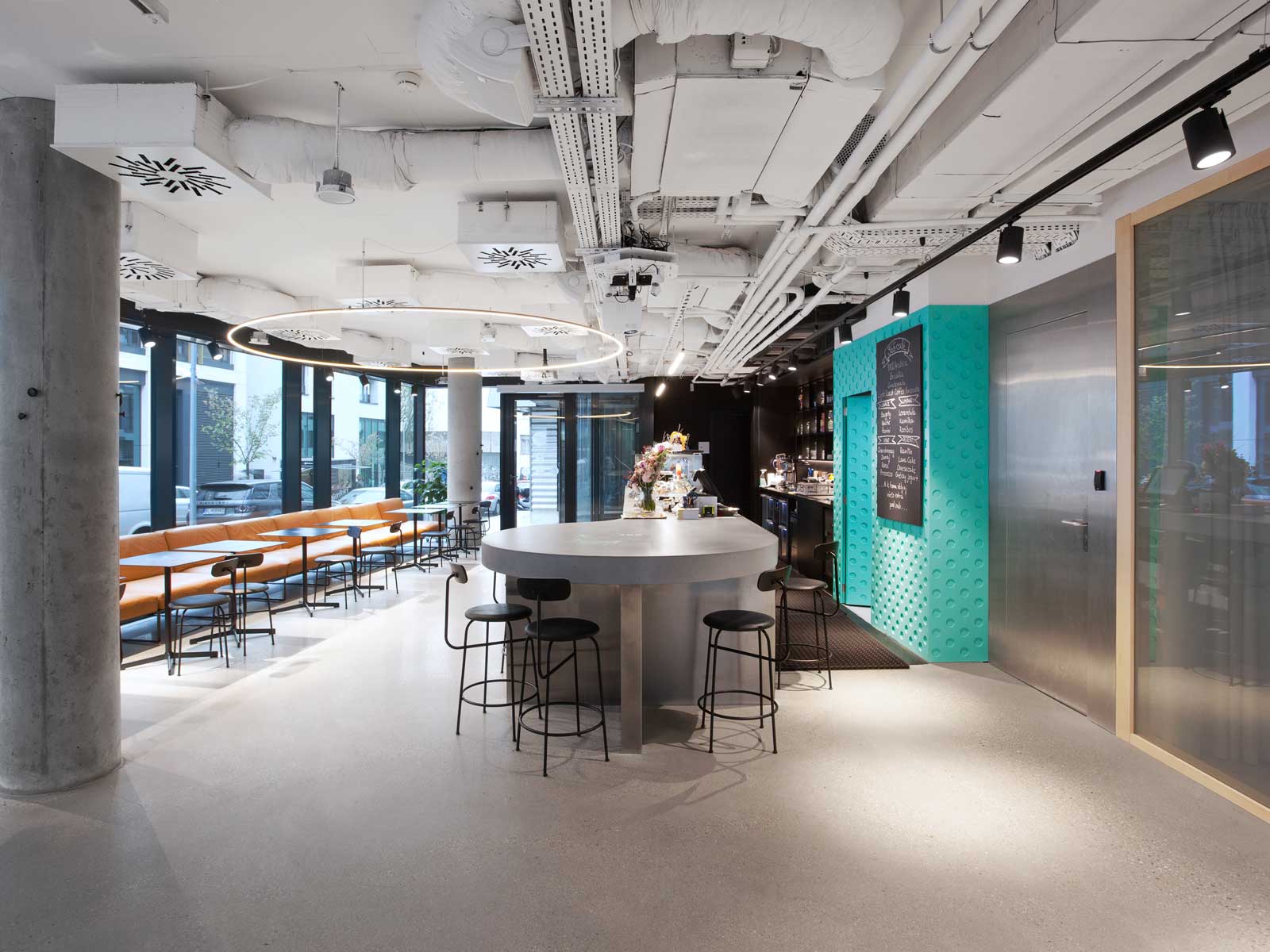 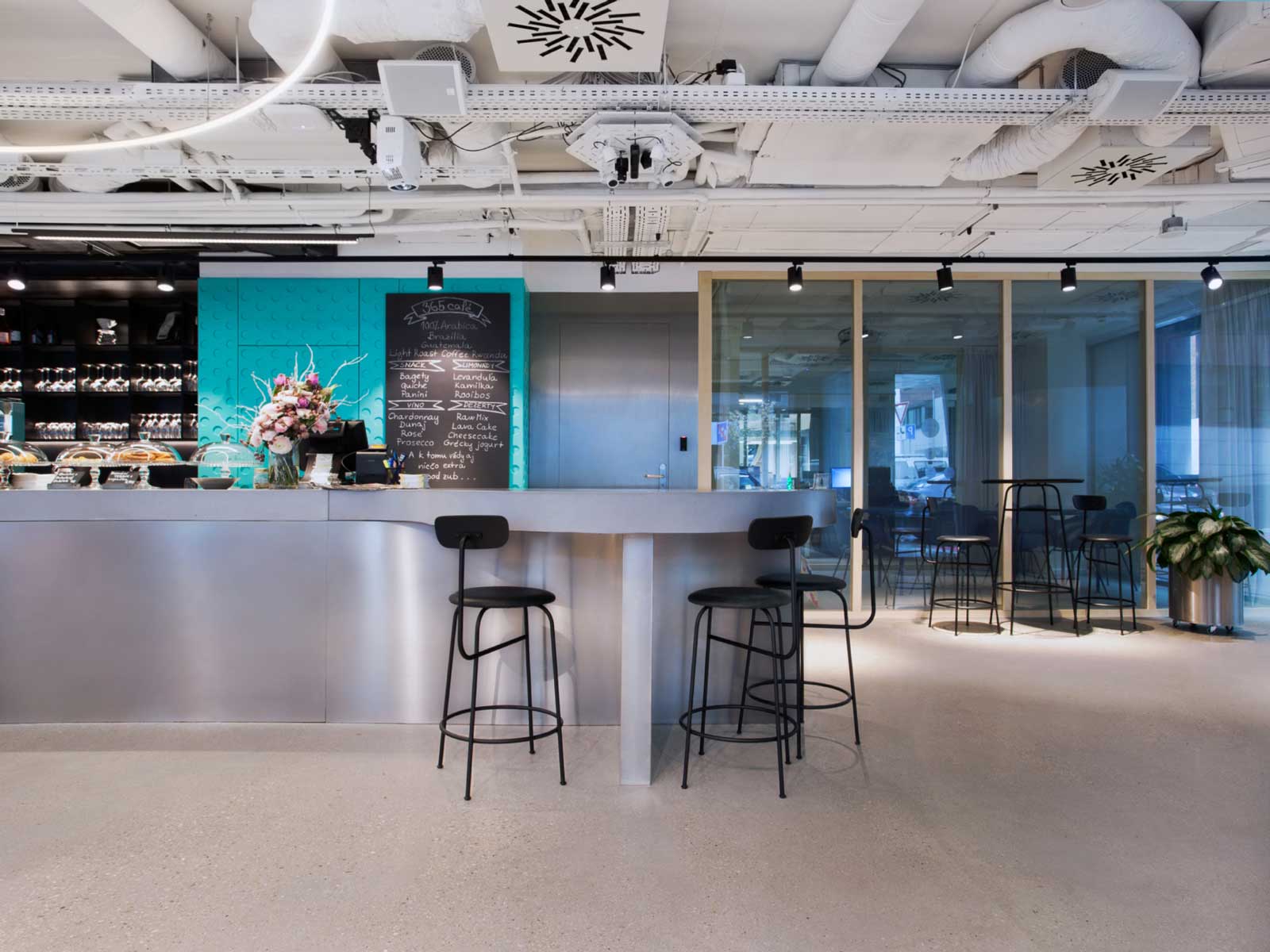 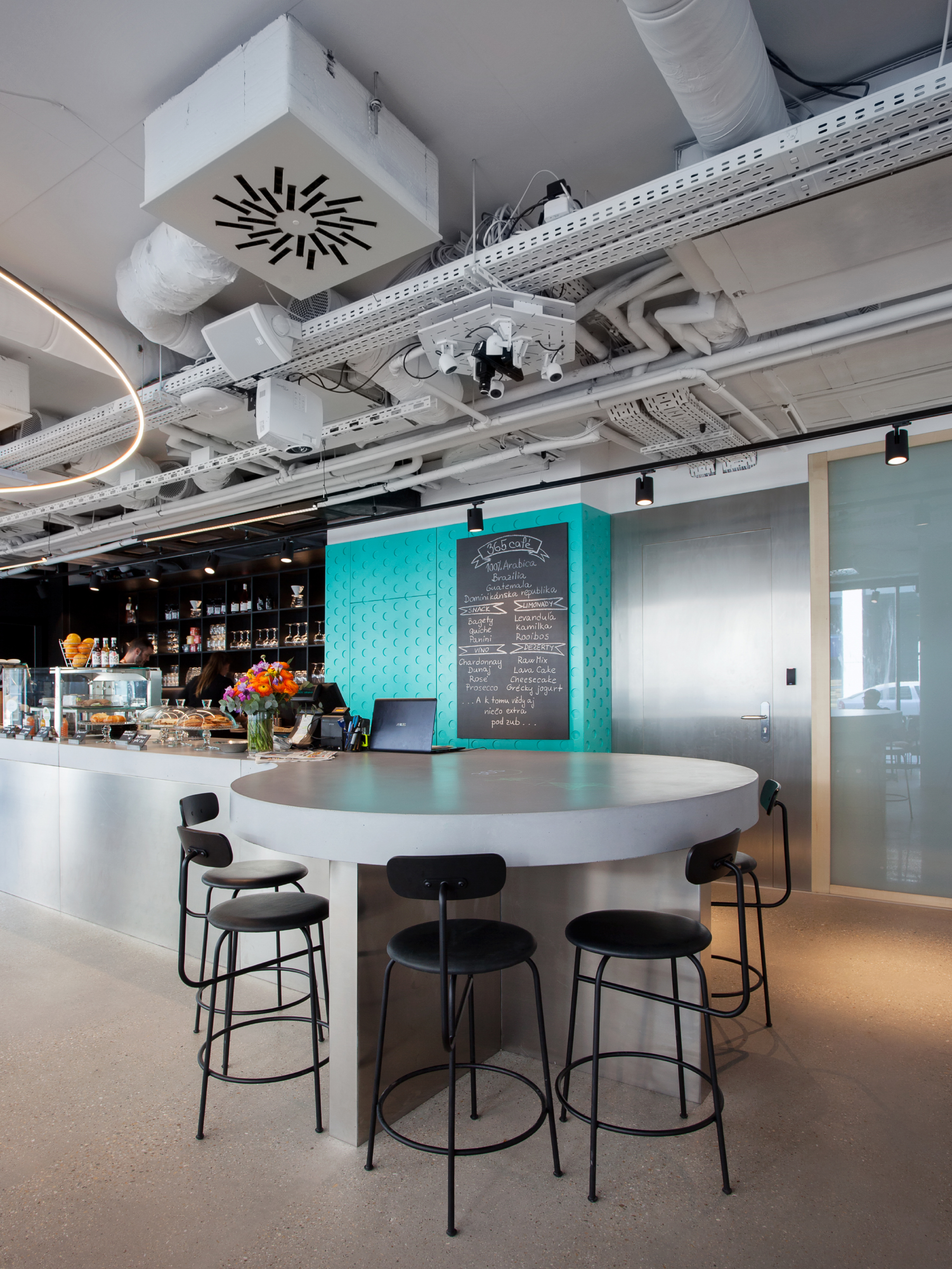 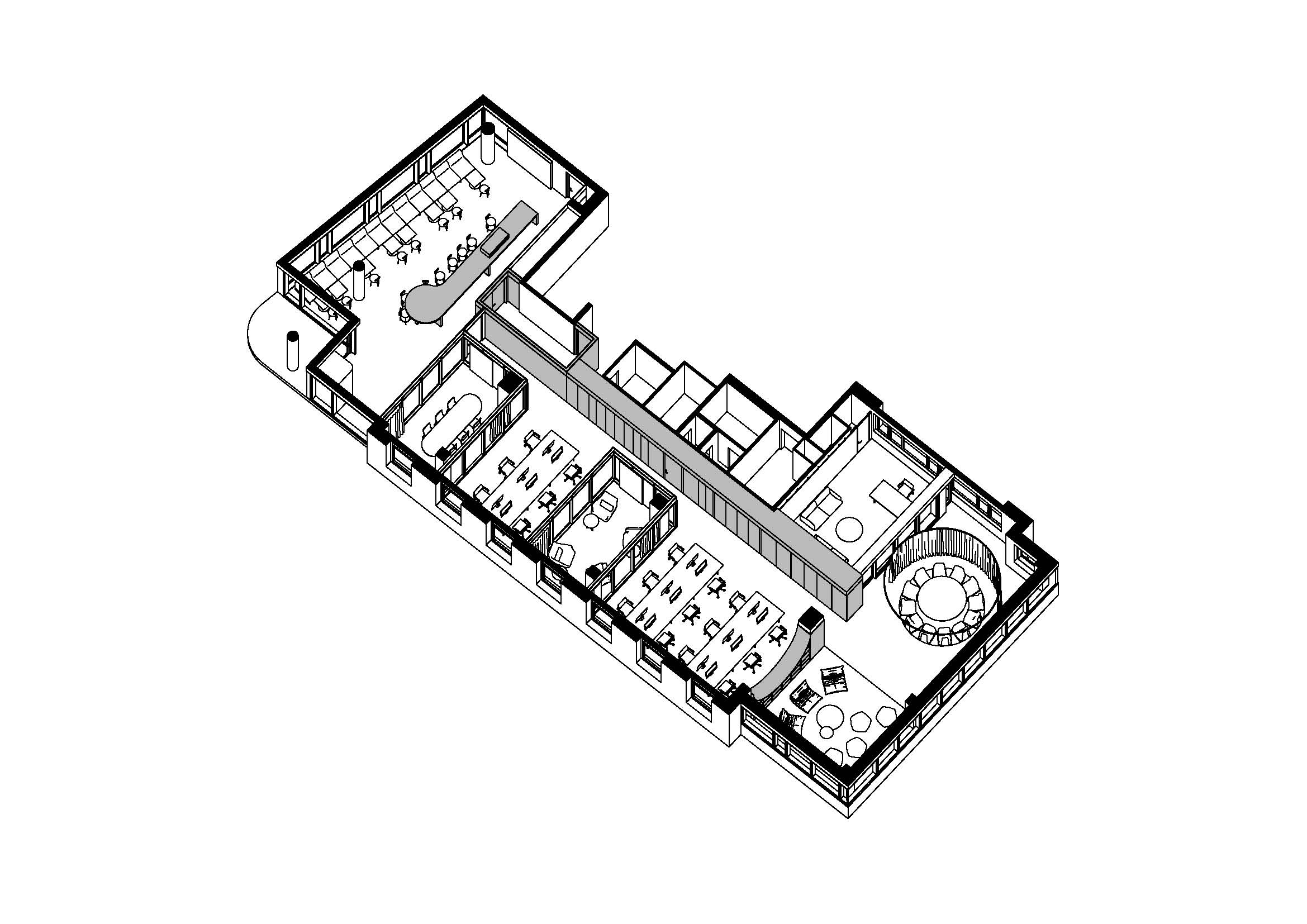 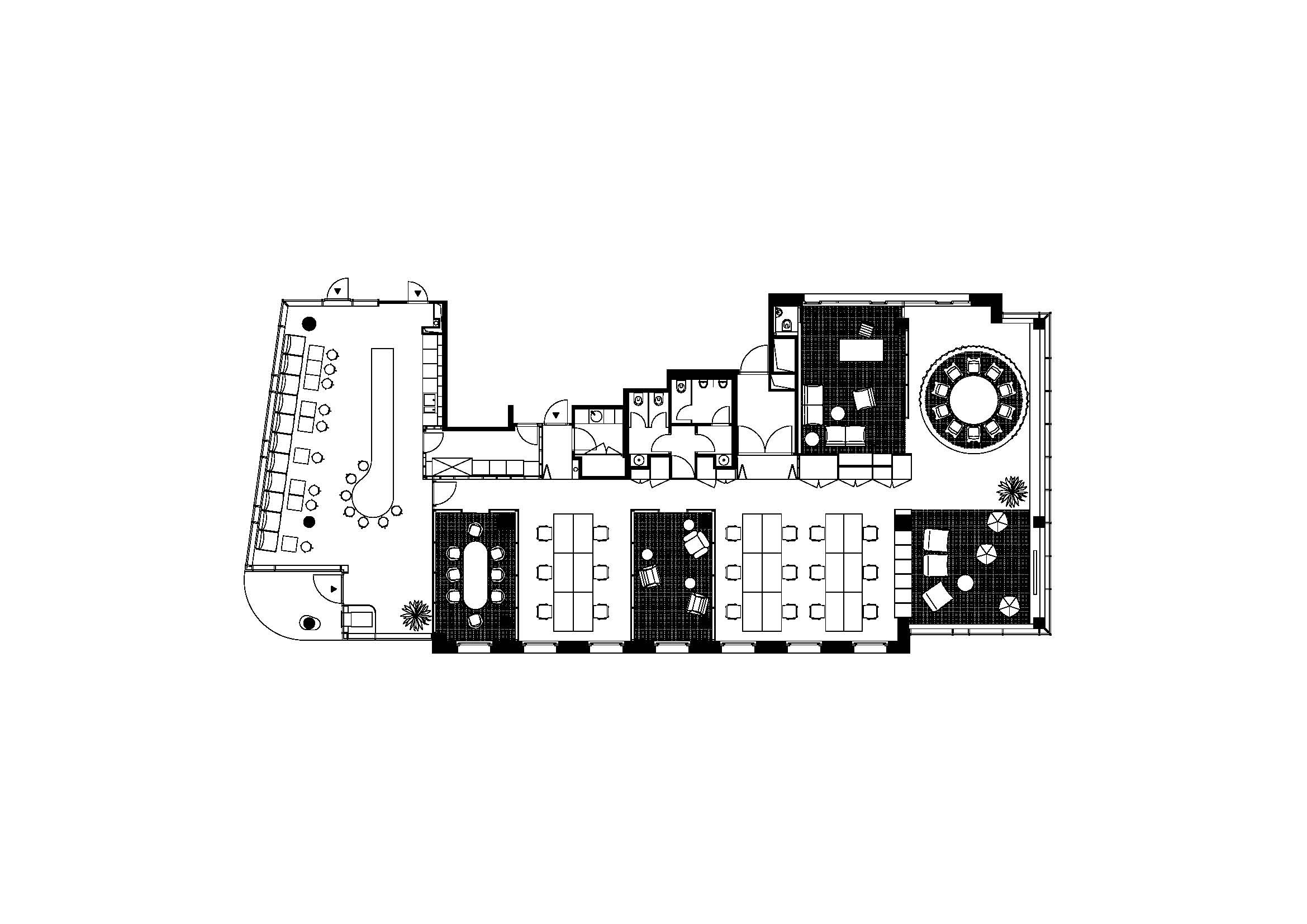 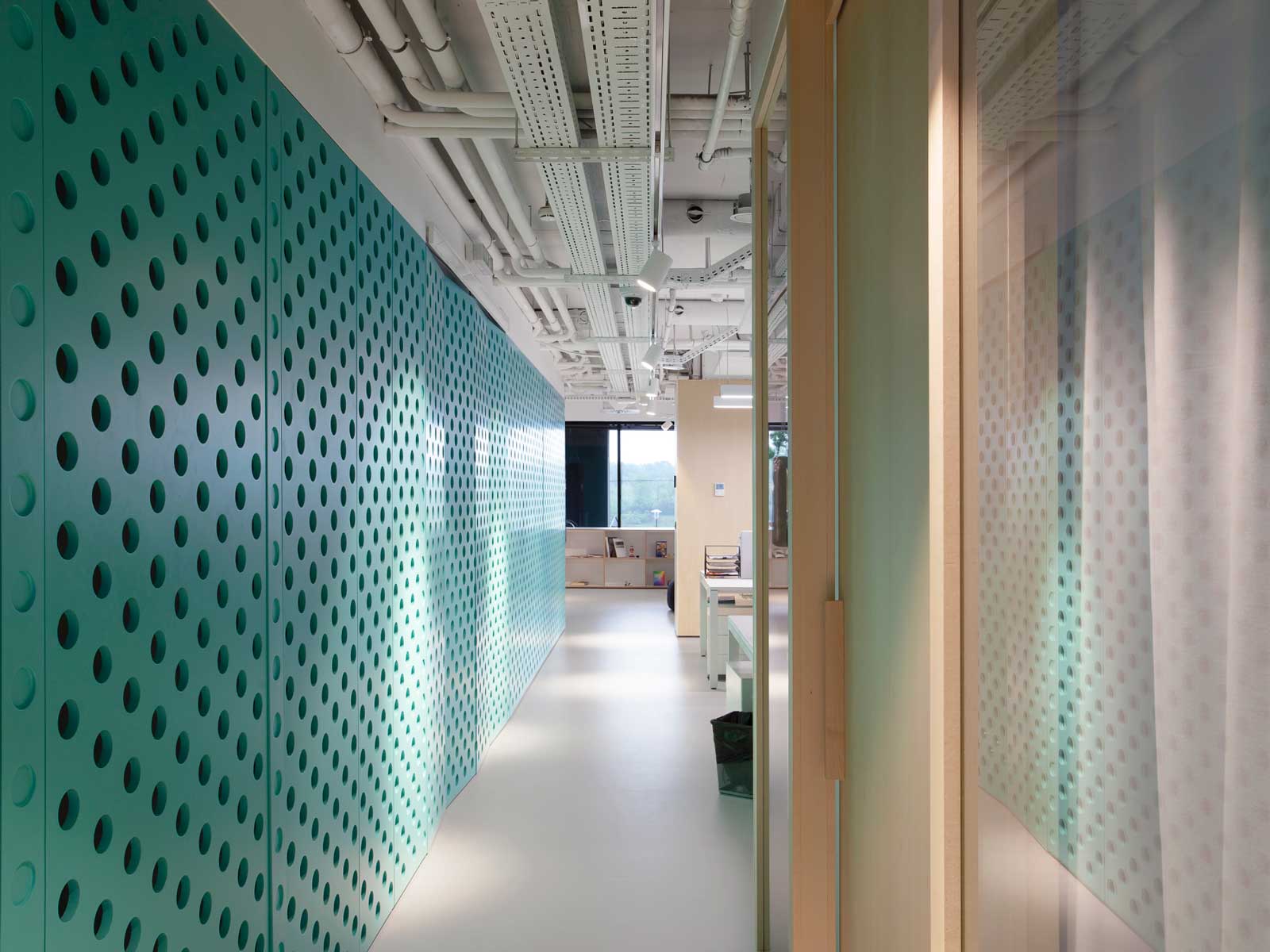 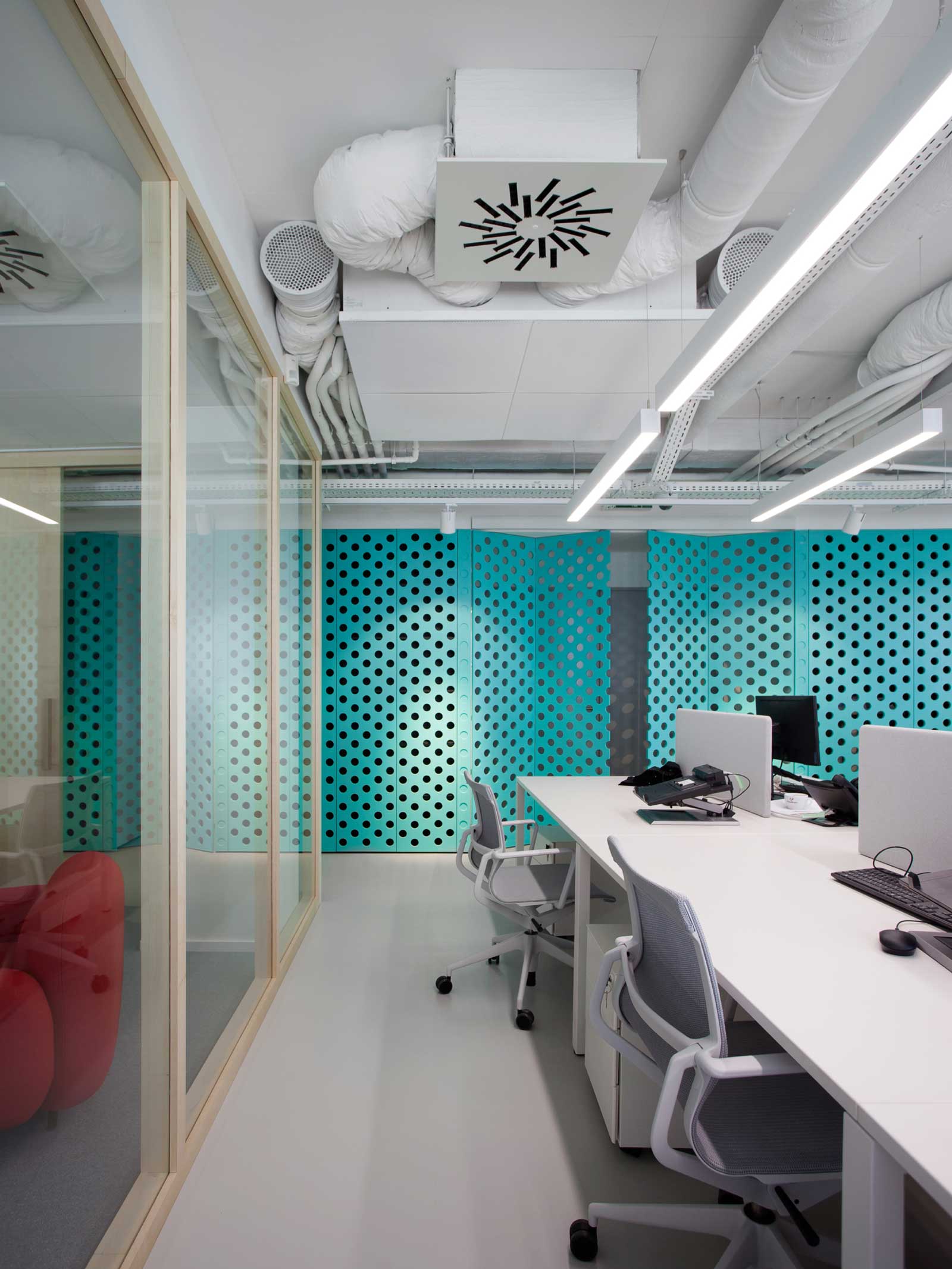 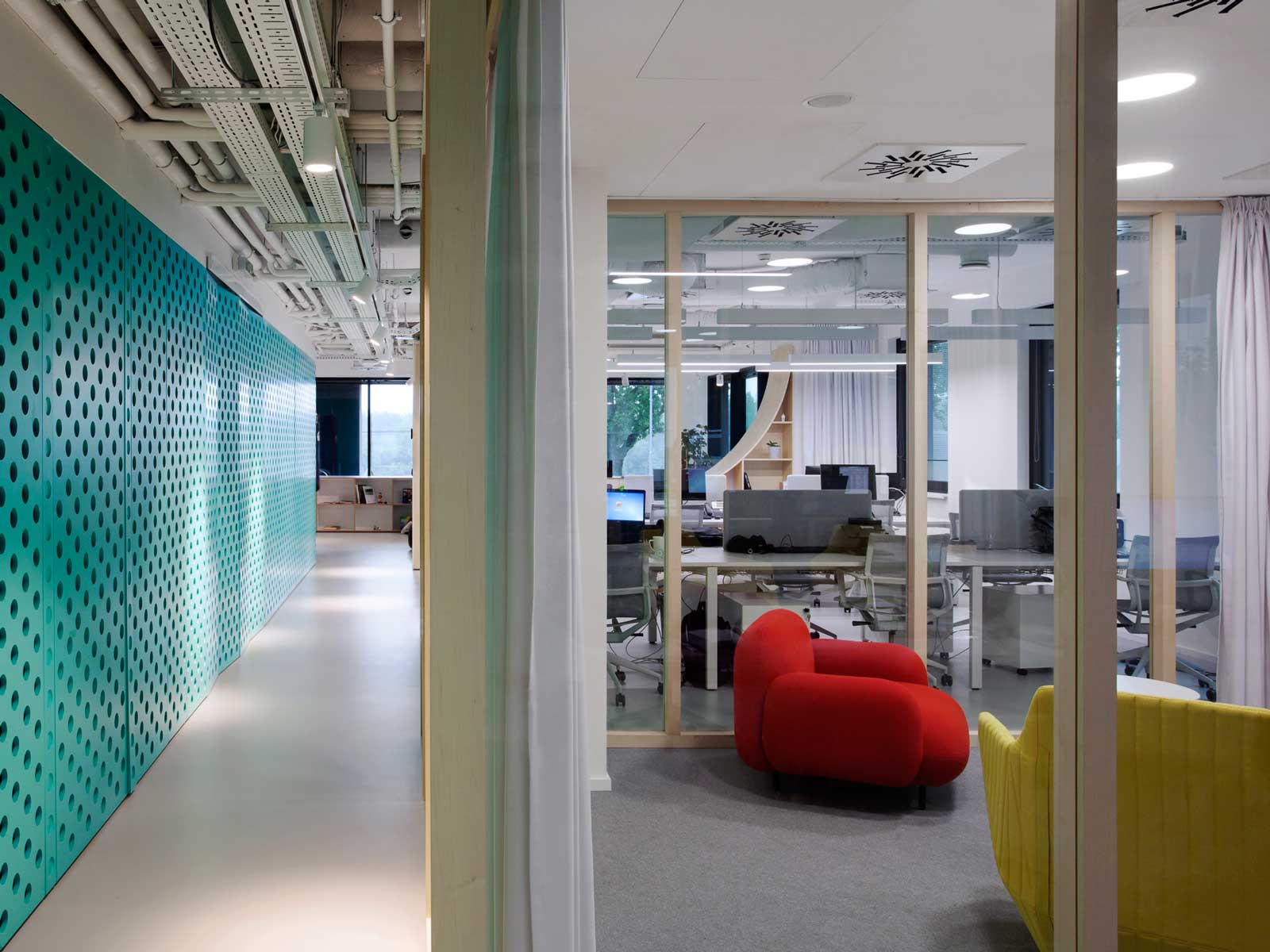 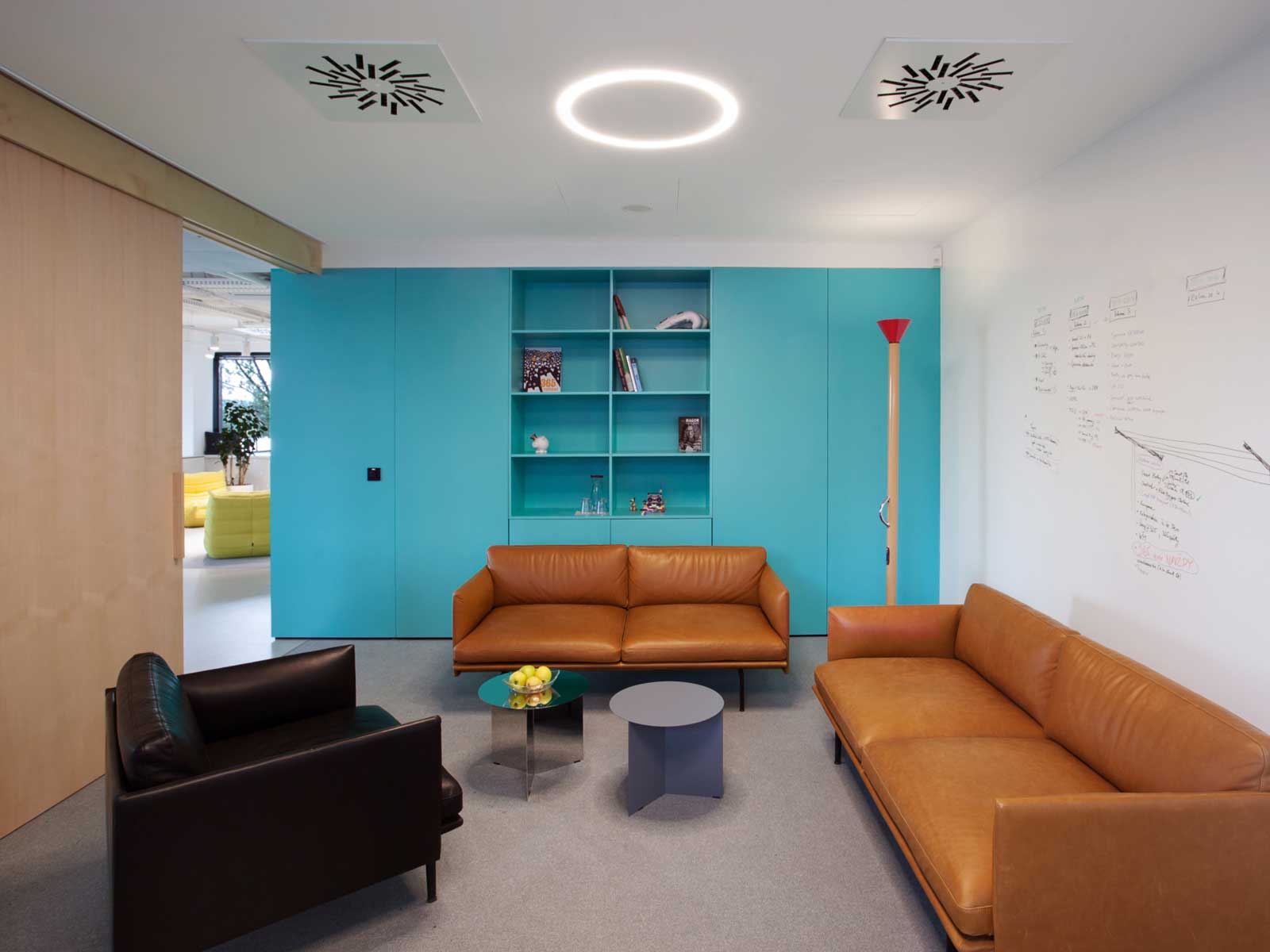 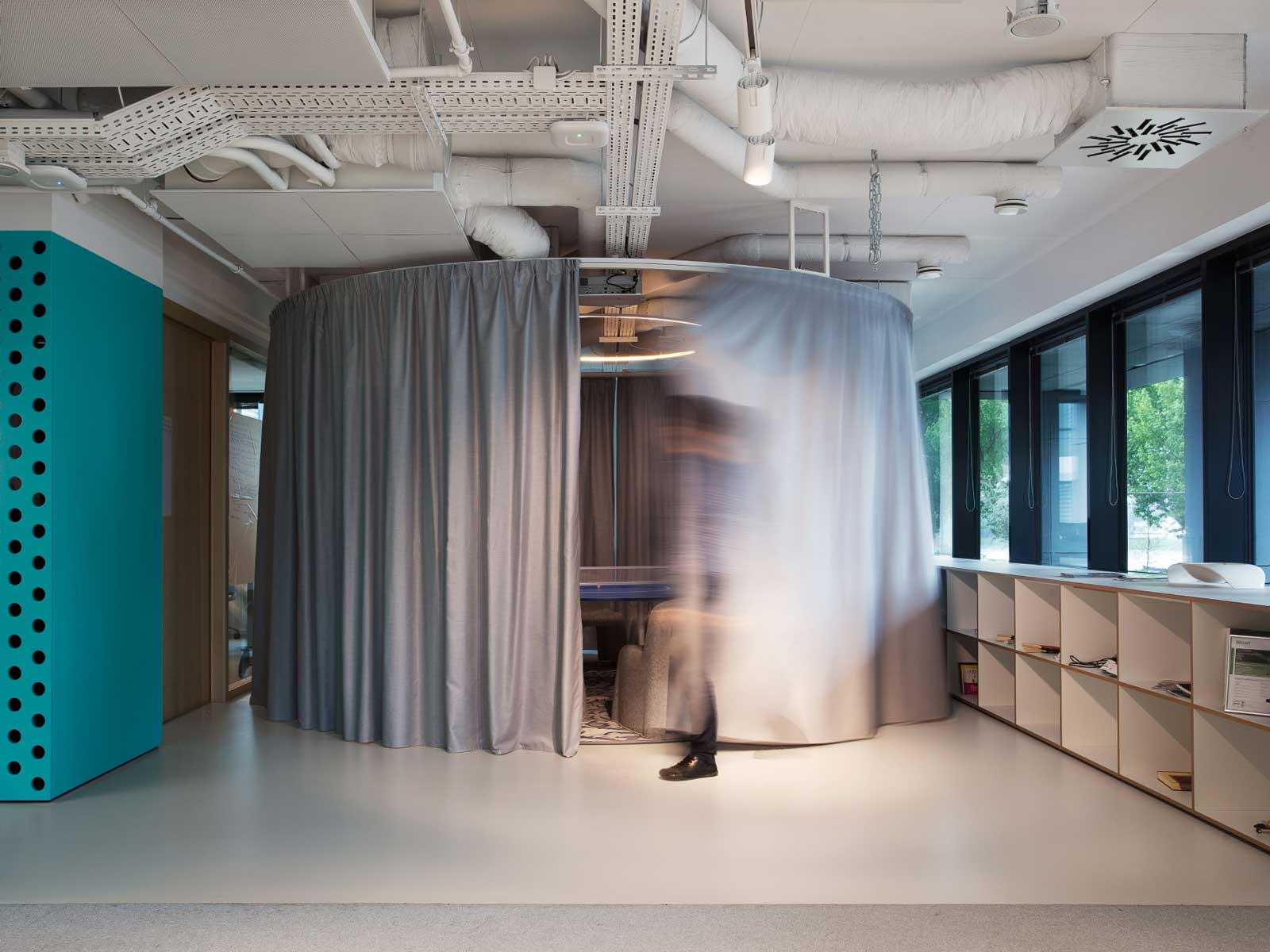 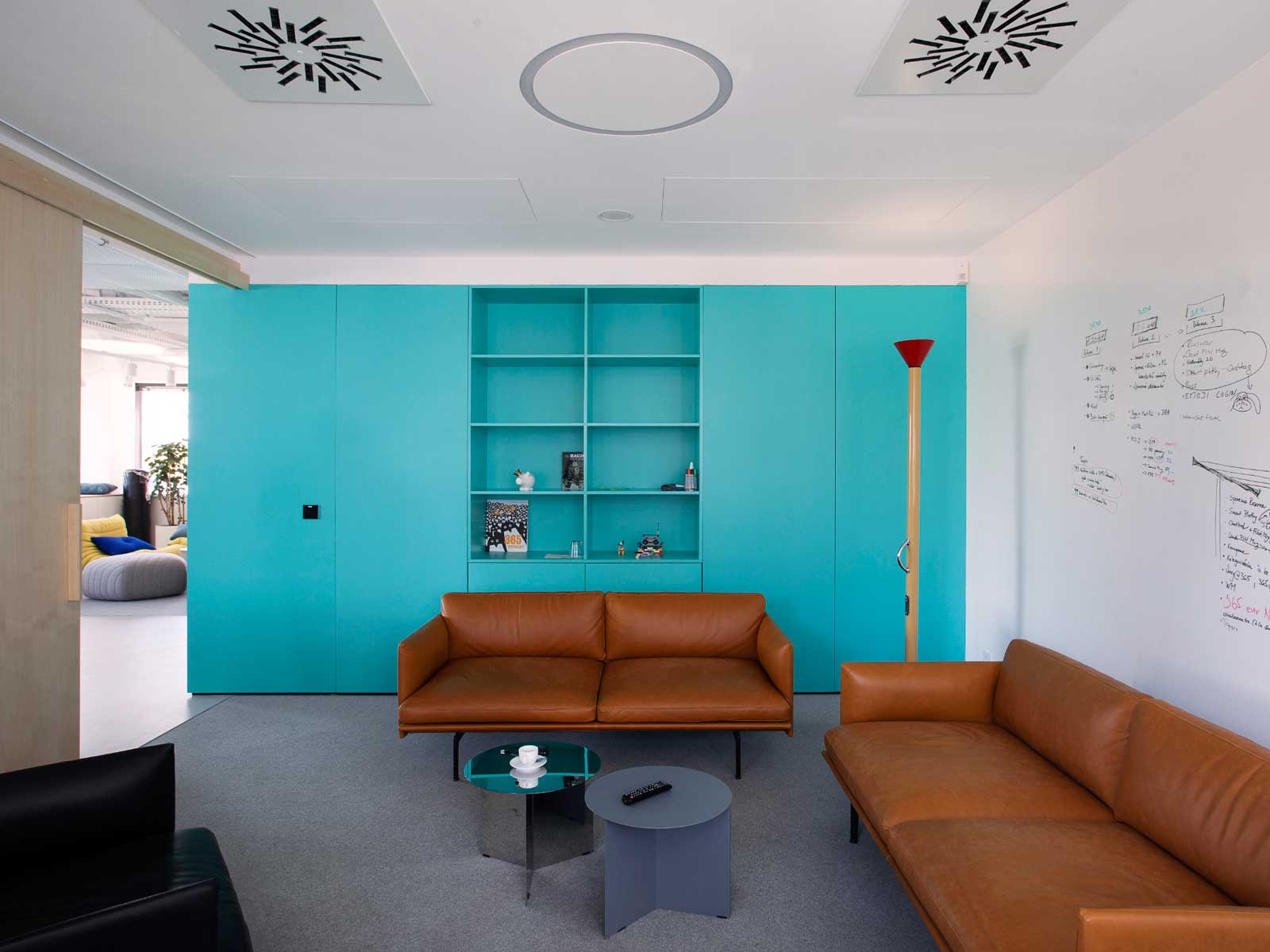 The whole area of the new digital bank is divided into two main parts – the cafe and the workspace. A traditional concept of bank´s front office is replaced here by the cafe which becomes an interface between the street and the offices. The ambition was to create an atmosphere of a generous cafeteria known from European cities related to a street life. This interior doesn´t want to create and impression of a luxuriousness nor a cheapness. It serves as a background for a common and elegant everydayness.
The workspace is based on a principle of several built-in “superobjects” that define different zones within the entire space. The most significant one is so-called “superwall” which interconnects all rooms from the CEO office to the cafe.